So for the last few days I've been having a bit of an adventure to Manchester as I've been volunteering for the FutureEverything Summit - Team #futr. The programme of events covers a Conference, music and art.


"At it's best, FutureEverything is a space to experiment, where new ideas come into the light, and artworks and experiences make tangible and real the possible futures we imagine in the Conference."

Tuesday and Wednesday were largely centred around setting up for the Conference, in Piccadilly Place, that was to be taking place on the Thursday and Friday, as well as holding some fringe events.

For me, these 2 days involved being on the info desk on reception and greeting delegates that were here to register, putting different leaflets in the delegate bags, helping to set up the conference rooms and speaker space and, believe it or not, I've even built a wall! 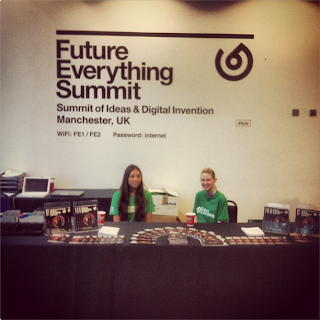 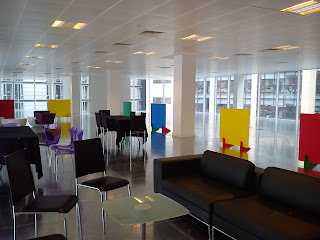 Thursday saw the start of the Conference, however, I didn't. I had to be in uni all day but was surprised to find that I actually quite missed being in Manchester and being involved. With that in mind, I couldn't wait to get back into it on the Friday - then came the weather warning for Liverpool. Snow or no snow, if the train was getting to Manchester, then I was going to be on it. The snow came!

For Friday I was in the Red Room for the day, stewarding and helping out with the microphones during the Q&A sessions. There was a really diverse range of talks going on all day from Smart Cities to urban ecologies to predicting the weather, most of which I had no clue about but there were some interesting points made and I learnt quite a lot throughout the day. 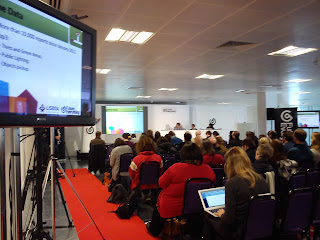 Whilst all this was going on, there were various other general runner jobs that I was doing, such as running errands, sorting out the different spaces and changing ink cartridges (that in itself was an experiment really). I ended up doing some washing up Friday night as well - that was something I definitely hadn't bargained on doing!

I'm back in again this morning (Saturday) and it's so quiet here compared to the last few days as there's only 2 workshops on today. After sorting out the White Room this morning ready for today's workshop, I'm back where I originally started on the info desk in reception. It's that quiet here I've managed to write this blog post! 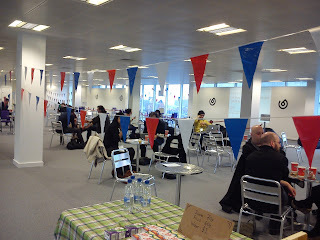 The reason that I heard about this event in the first place was because my course wanted to send some student delegates to the Conference. So whilst the first years were here, they made the most of the fact that I was as well. They were doing some filming of the events and wanted to create some vlogs also. Being a part of team #futr, I was able to get hold someone from the FutureEverything production team in order to film a short interview with them - this being Tom, the Senior Producer. In my break on Friday morning I managed to find the time to film a vlog for the first years as they wanted to capture their thoughts of the whole Conference as well.


Manchester's been quite an experience for me - even more so than I thought it would be! Travelling to this event has been the first time that I've actually been on a train on my own so that's something that I've learnt that I can do now. It might even be that Manchester will be seeing more of me - I'll have to get myself a map of the city beforehand though as this the first time that I have properly been to the city.

Every time I volunteer for an event such as this, I learn so much about myself and discover that I am capable of doing lots of things that I didn't know I could before. Somehow it always seems to involve some form of heavy lifting, which really isn't my strong point (no pun intended).

I certainly won't miss the 4am and 5am starts that have come with this in order to catch the train though! 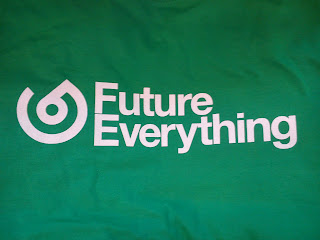 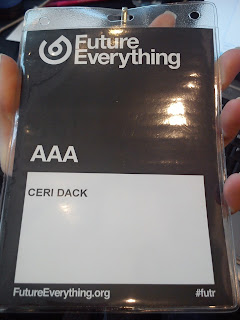 Finally - I just want to say a massive "THANK YOU" to Sarah for giving me the opportunity to be involved with FutureEverything and everyone else on the Production team that's looked after me whilst I've been here in Manchester.